Becerra – a contemplative panoramic tour of the island centre

Big round walk through the Barranco de Guayadeque 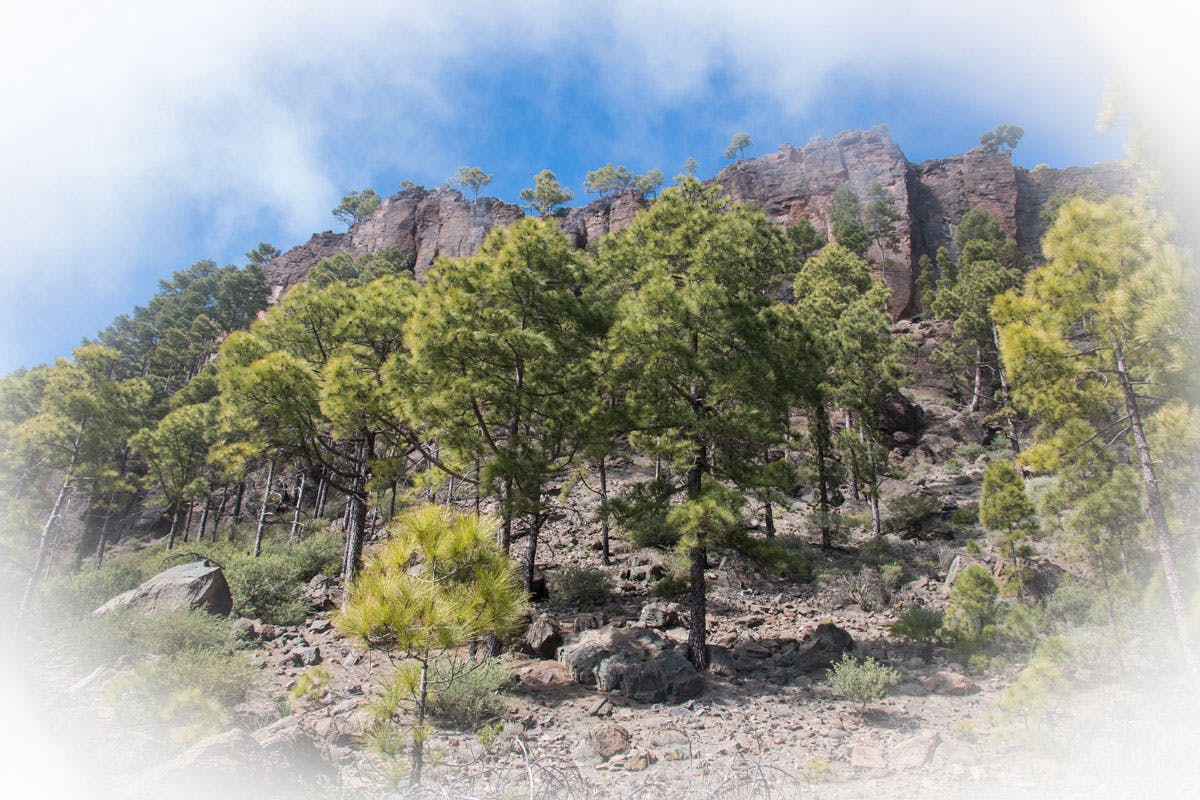 Gran Canaria, with the capital Las Palmas de Gran Canaria, is the third largest of the Canary Islands in terms of land area with 1532 square kilometres. It is circular and has a diameter of approximately 50 kilometres. But of the population, it is with its nearly 850.000 inhabitants on place two just behind Tenerife. The distance to the African coast is 210 kilometres. 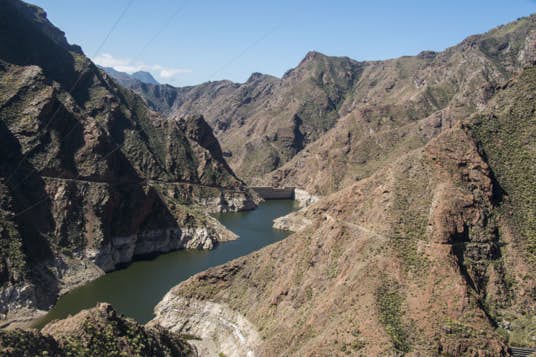 Gran Canaria - reservoir lake
As the island is so rich in contrasts in landscape and has a lot of variety to offer, the island is also often called a miniature continent. Wide areas of the island are protected in 32 parks.

As on the neighbouring islands, the climate in Gran Canaria is divided in two. The north is more humid and the vegetation greener. And the south of the island is rather dry and warmer. Due to this and the different altitudes, the Canary Island has different vegetation zones. In the north there were, as still today on the neighbouring islands, until the 15th century mainly laurel forests. But these have disappeared on Gran Canaria except for a few remaining areas. They were cut down because the wood was needed for the construction of the sugar industry at that time. However, there are again numerous Canarian pines in the heights of the island today. The pine stands had also been cleared extensively. But the tough Canarian pine survived. In the dry beach regions, there are beach bushes and bushes that depend on the salty wind. In the interior you will find Canarian palms, dragon trees, spurge and the viper's head. Day temperatures on the island average between 18 and 26 degrees all year round.

The name Gran Canaria leads one to believe that it is related to the size of the island. But in fact it does not mean "big Canary Island", but derives from the Latin word dog (canis) or the Berber tribe Canarii. Originally there are said to have been many dogs on Gran Canaria. Still today the Canarian Great Dane is an island landmark. On the island the natives lived a very simple life in caves and stone houses. A little of this life can still be seen today in the museums, as for example in the Museo Canario in Las Palmas and in the Museo de la Rama in Agaete in the northwest. There are old Canarian finds or in Agaete a village with scenes from the life of the old Canarians. In the 15th century the Spaniards conquered the island. The main source of income today is tourism. Around 3 million people visit Gran Canaria every year. Main center of tourism is the south of the island with the places Maspalomas and Playa del Inglés. Gran Canaria is also a popular holiday destination for homosexuals. The annual carnival with its South American flair is colourful and diverse like the whole island. Interesting to know that Las Palmas de Gran Canaria in 2019 is also described
as one of the 11 best places for digital nomads
.

The island's attractions include the white dunes of Maspalomas, the cave houses of Artenara, the drinking water dam in the Barranco de Arguineguin and the striking Roque Nublo in the centre of the island. But this is by far not all to do justice to the many possibilities that Gran Canaria offers for culture seekers, athletes and hikers.

Gran Canaria - Roque Nublo
Gran Canaria is also very popular with cyclists. Everywhere you will see them cycling on roads and paths. Accordingly, there are also many small bars that specialize in refreshment for cyclists.

The term "miniature continent" also refers to the varied nature that awaits you in Gran Canaria. Besides volcanoes you will find thelarge white dune fields of Maspalomas in the south as not only a strong colour contrast. There are barrancos, reservoirs and subtropical valleys. The highest volcano of the island is the Pico de las Nieves with its 1.949 meters. In its neighbourhood is also the above mentioned 1813 meter high Roque Nublo. Daring climbers try their hand at this rock. Those who only want to do a small hike will definitely walk on the small circular path around this striking rock.

Gran Canaria - the beach of Güi Güi
But Gran Canaria offers wonderful hiking tours around the whole island. I especially like the hike in the western part of the island through lonely Barrancos to the remote beach of Güi Güi.  For those who prefer to go inland to the mountains, we recommend the hike through the nature reserve Inagua. The island of Gran Canaria with its numerous nature parks has much more to offer than just the tourist strongholds in the south. If you want to get more information, you can do this here on the official homepage of Gran Canaria.